a video work by TEEMU MÄKI

back to Teemu Mäki's video works

KALIKI is a music video in three parts. It is based on a solo cello piece by the same name, composed by Max Savikangas in 2003.

Metsälintu Pahkinen dances the first, "the contemporary dance" version.
The second version is pure computer graphics and the third is a strip-tease performance by Pauliina. 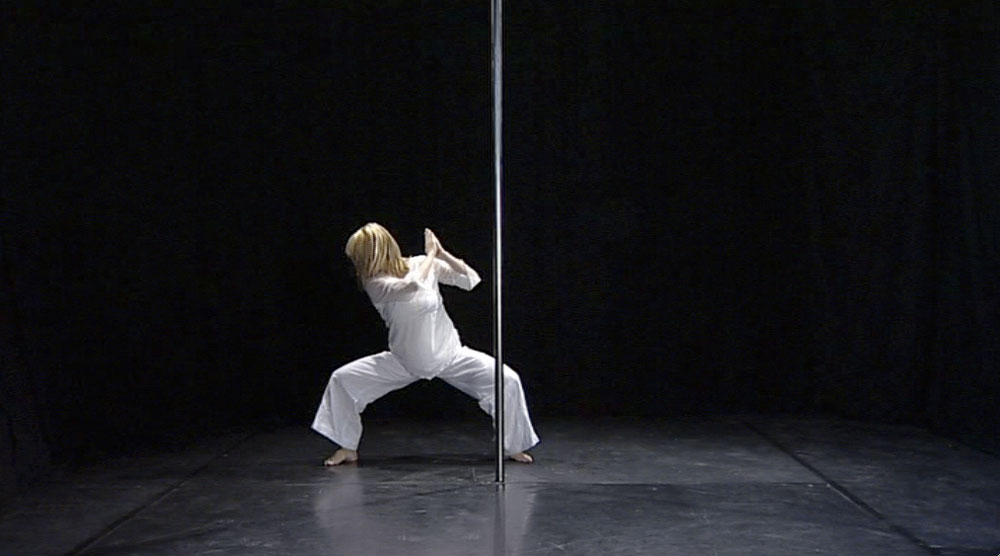 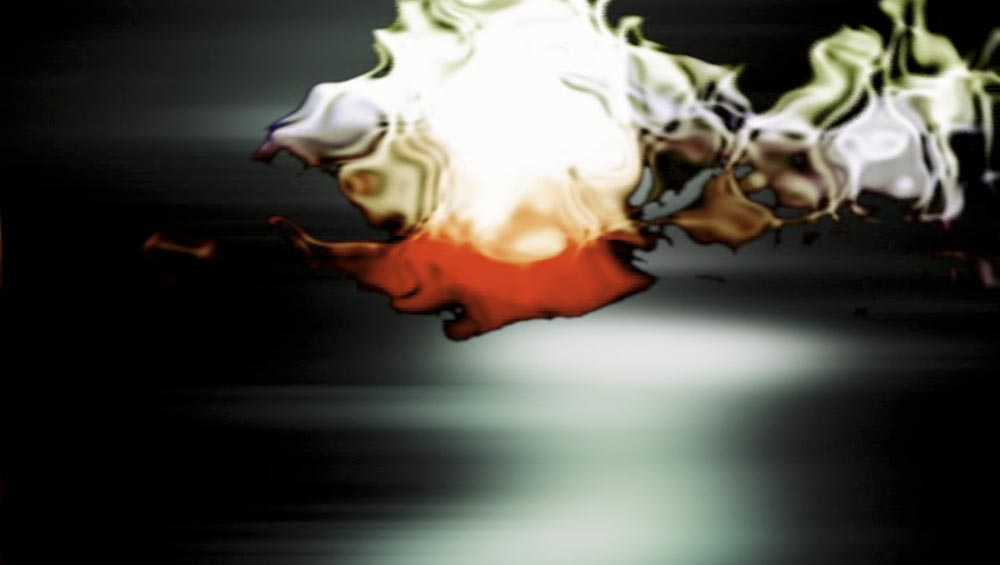 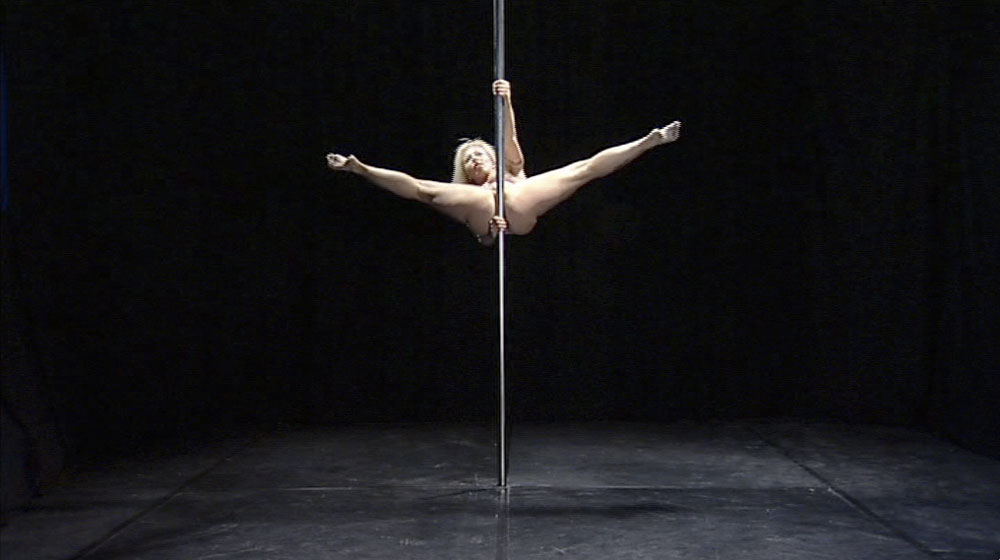 Occasionally the video is presented with live music, like in the image below, where Jos Kamp of the Ensemble '88 plays the cello part in Maastricht, Netherlands, 8.11.2006: 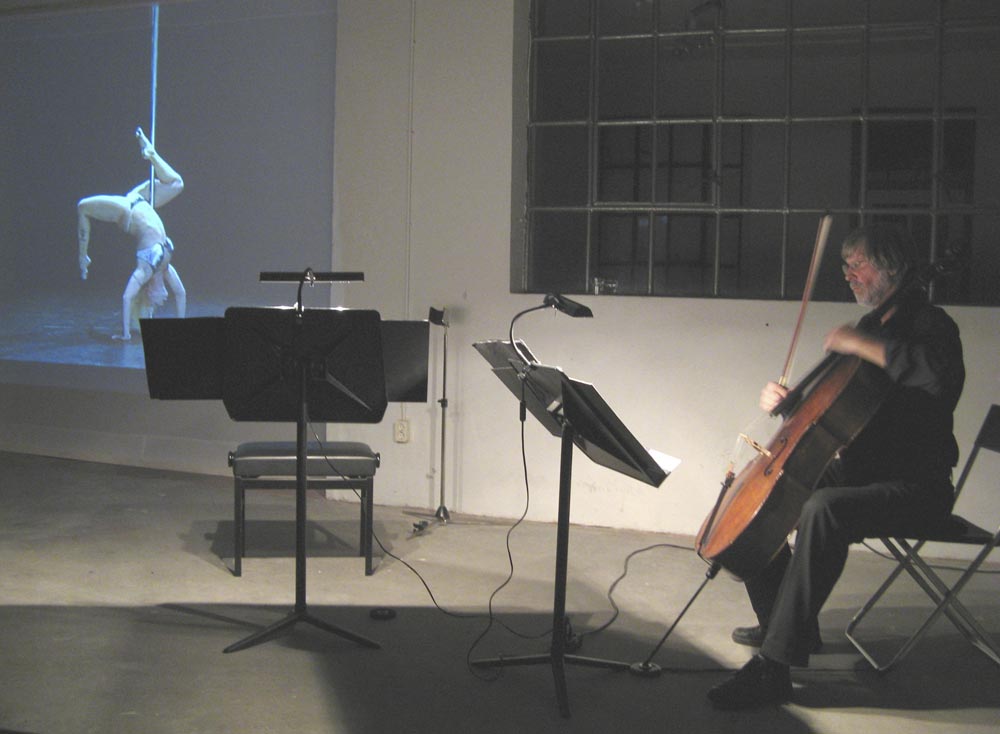